I had fun coloring this scene even though I  have been sick... (whaaaaaah) I would have colored much faster if I wasn't sick though and on top of that busy Mom schedule. I started coloring the image with prismacolors but some areas that needed more coverage like the curtain, the night sky and Vega's dress I colored with Copic marker first. I did not need to use markers first but I found that it was a slight cheater method to lay down some coverage. I mostly used Prismacolor pencils though.

I tried to color Polka Dot Pals Vega digi to look like the person I am giving the card to. 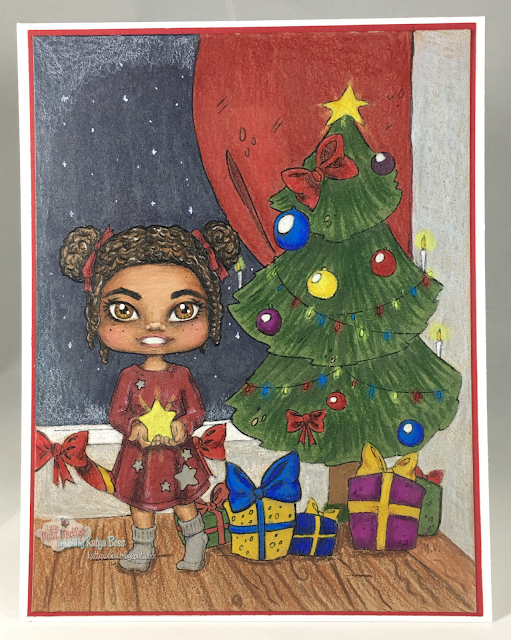 Here is a close-up of the image 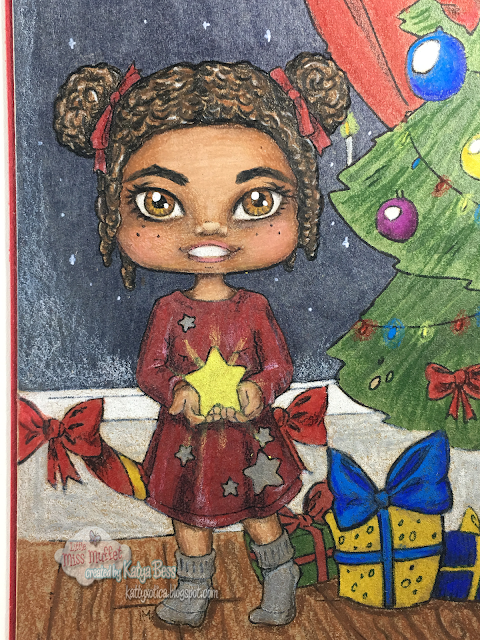 To view more inspirational cards from the other talented designers
as well as entering your card for the Anything Goes Challenge
check out the link below
http://littlemissmuffetchallenges.blogspot.com/

Thank you for visiting.

Katya Bess
Posted by Katya at 12:00 PM No comments:

I hope all is well. I've been working on a few cards behind the scenes and this one is one of my simpler cards at the moment but it has a powerful meaning to me. I got the idea to make it a card from a bible verse. Matthew 2:10 (through verse 11)

The name of the Little Miss Muffet Stamp is Lamb and Star. The image was separated because I originally meant to add a die cut in between the mountains and the pasture but I ended up liking the image centered and I will have to make another card or two to show my original idea as well as the layout in which it was intended to be used by LMMS artist Barbara. The inside of the card is a rubber stamp from Our Daily Bread Stamps and it's called "Come Let Us Adore Him" 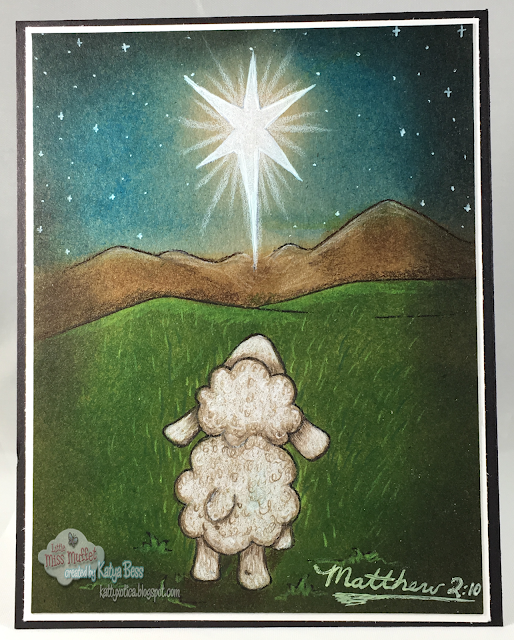 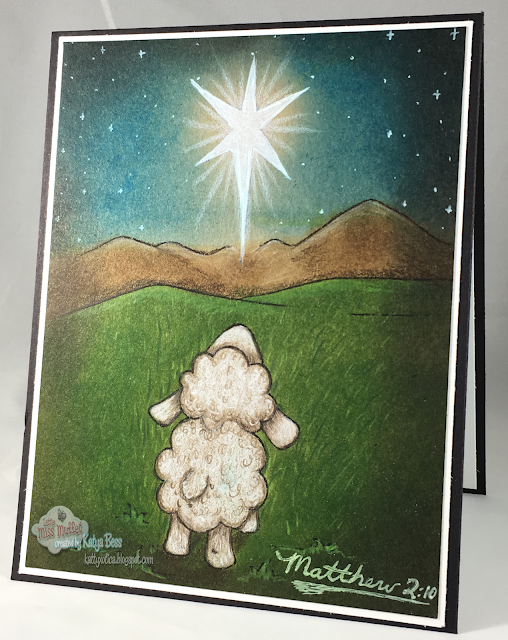 I colored background with mostly distress inks straight on to the paper and then blended by using the mini ink blending foam. I made sure to block the image with a removable sticker or masking paper. When my background distress inking was done I colored in the star, the lamb and added a little shading and a few lines on the grass with Prismacolor pencils. I finished off the coloring by adding stars with a Uni-ball Signo Angelic pen and tracing over the black lines on the star. See! Easy peasy! :D For the sentiment in the front I hand wrote that myself... Every time I tell myself to not put my sloppy handwriting on the front for the next card... next card comes around if I don't have a proper stamp or die for it I mess it up with my sloppy hand writing LOL I don't know why I do it! Aaaaah! 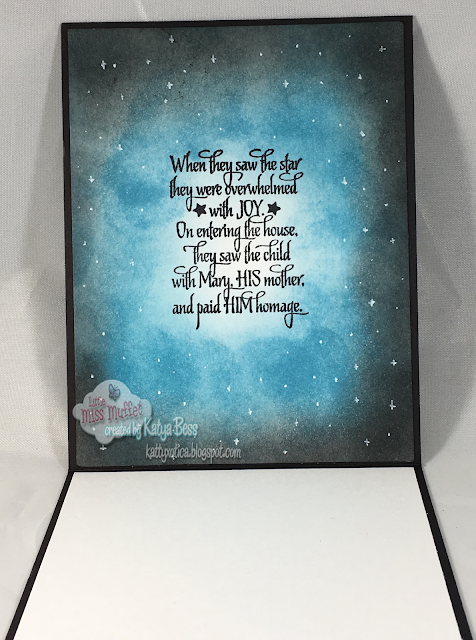 Here is the inside of the card. I ended up not using Kraft cardstock inside and went with
plain white since I didn't need to use color pencils.
I know the stamp inside says it differently but I liked it a lot and the meaning is the same.

9 When they heard the king, they departed; and behold, the star which they had seen in the East went before them, till it came and stood over where the young Child was. 10 When they saw the star, they rejoiced with exceedingly great joy. 11 And when they had come into the house, they saw the young Child with Mary His mother, and fell down and worshiped Him. And when they had opened their treasures, they presented gifts to Him: gold, frankincense, and myrrh.

I hope you enjoyed this card as much I enjoyed coloring and making the card while playing
Norman Hutchins - Emmanuel song on a loop. heehee

Thank you so much for stopping and don't forget to stop by the links below for more inspiration
http://littlemissmuffetchallenges.blogspot.com/
and
https://www.pinterest.com/LMMStamps/