There is a new release this month by Sweet November Stamps at 7 Kids Crafts store.

The potions are from the Saoirse The Seer Set  here's a little excerpt about it:
Saoirse the Seer may appear to be a wandering gypsy, traveling the countryside in her colorful wagon. But think twice before asking her for an innocent palm reading or a look at your tarot cards because Saoirse's skills are far beyond such trivial fancies. With a magic hand she deftly brews potions that can bend a person's will or alter them in unimaginable ways. And when she gazes into her crystal ball she can see things you may not be ready to know.

For my card I wanted to focus on the just the potions from the Saoirse The Seer Set. I used a window with a ledge from The Brownie Hole Accessories and the spider web is from Bundle Agatha, Ariadne and her Spiderweb to show that some of these potions have been untouched for a long time.

The stone background I just drew in myself as well as the background behind the glass window. I wanted the scene to be a day scene so  you can see the transparency of the glass bottles and potions. Oh yea, I also put the transparency around 40 percent so you can see through the potion bottles as well. I found the potion sentiment online and I liked it because it felt like some kind of twisted romance going on with the person that's "in love." I colored the entire image with Copic markers
and when I was done I used glossy accents to emphasize on the the glass potion bottles. 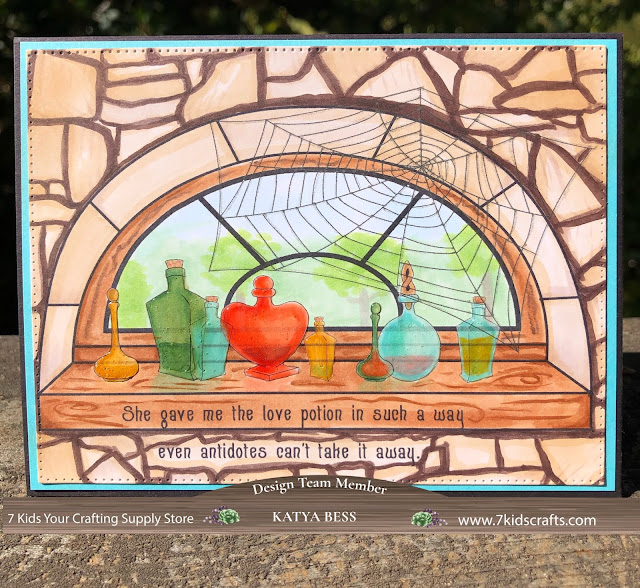 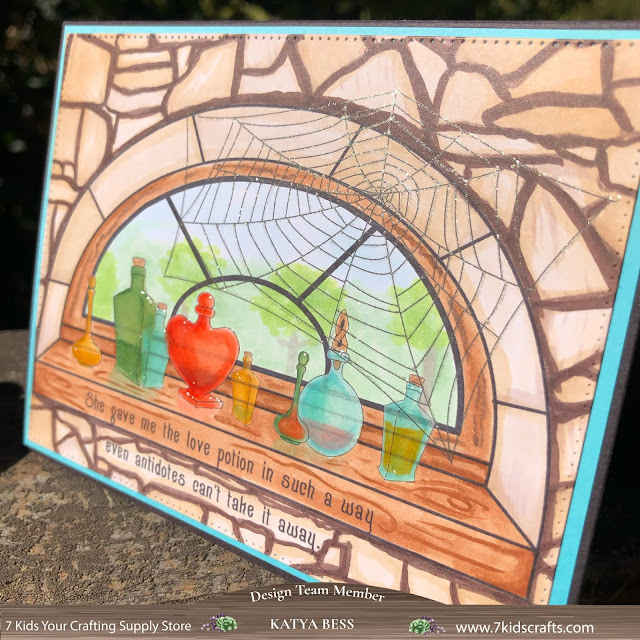 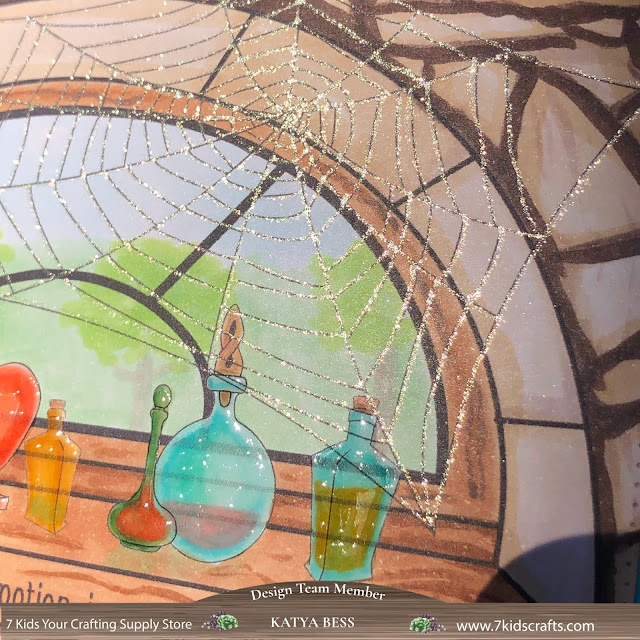 It had to take photos from at a slight angle because it was hard to see the pretty spiderweb that I went over with Sakura gellyroll Clearstar and
also the gloss effect from the Glossy Accents on the potion bottles. 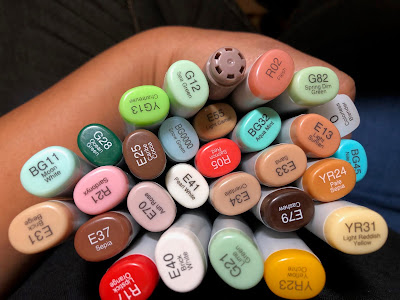 I used all of these Copic markers
I know seems like a lot to most people.

Thank you so much for stopping by.