Hope all is well and enjoying your day. 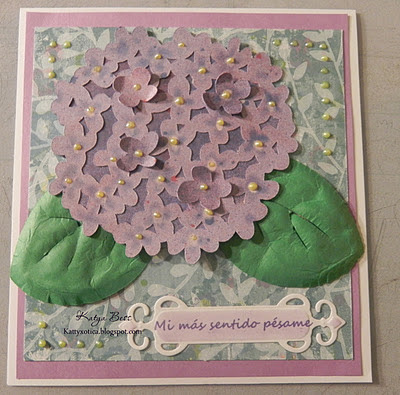 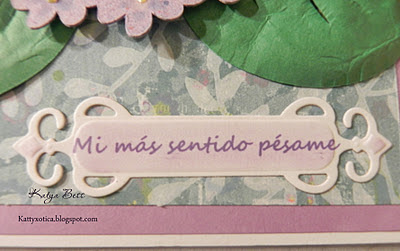 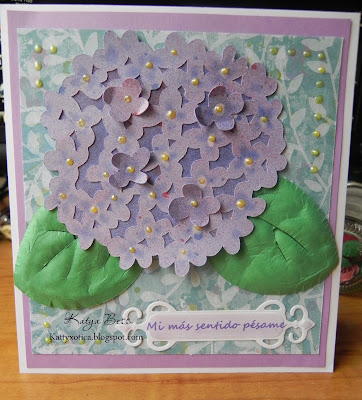 The Hydrangea is from the Walk In My Garden cricut cartridge.
Sprits the lavender cardstock with two glimmer mists
Mel's Diner & Puerto Rico 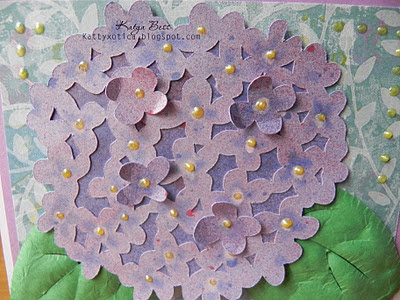 The little "pearls" are the inside of flowers were done with
Viva Decor Perlen-Pen #201 (I thought it was "pearl pen" but that one is spell like that on the label)
Still working on more cards for her.
She wants them to be able to be mailed plus they're going out of the country...
So I can't make them bulky or too 3D 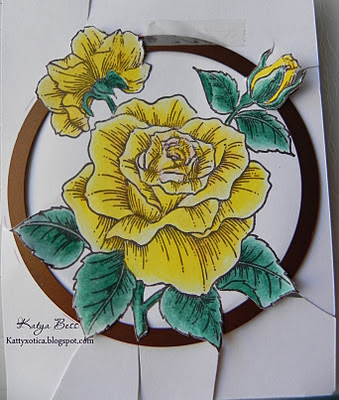 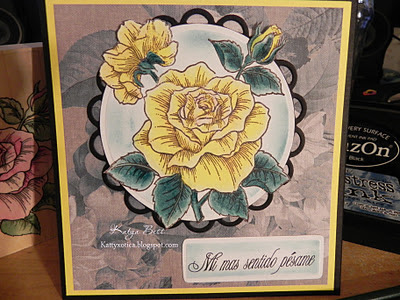 Here is the completed front 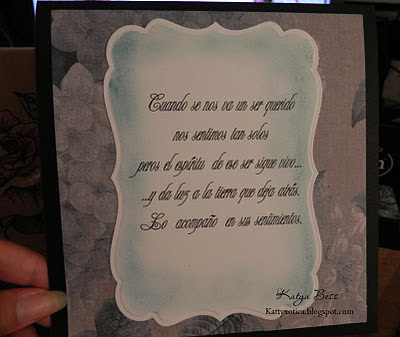 This is the inside- left some room for her to write something if she wants. 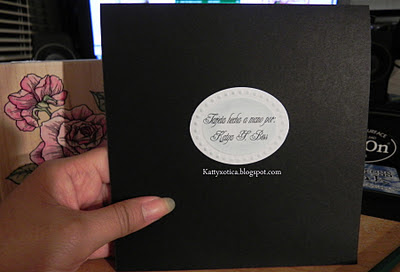 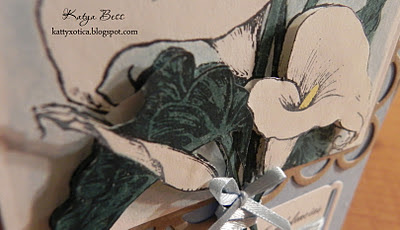 This is the Calla Lily
araceae stamp from PSX K-1696
I pop-dotted it just for a little dimension- not too much. 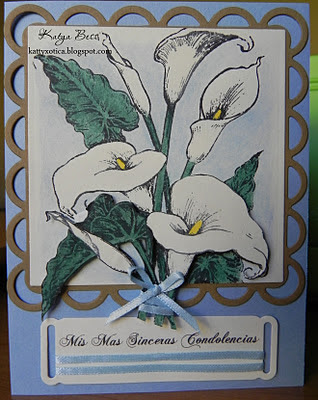 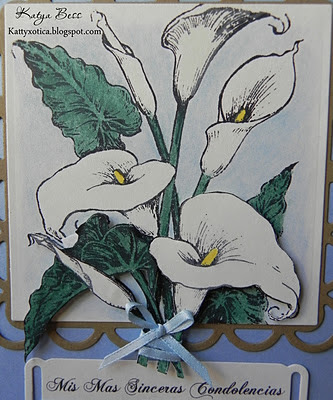 Here is another card with the same stamp but here I tried
some "real stitching" I love it- still need practice on sewing straight. 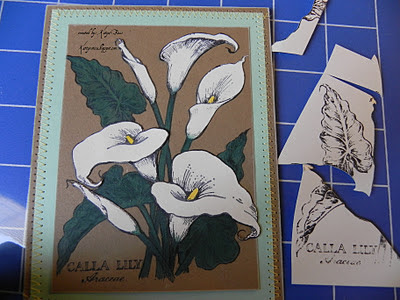 I paper pieced the calla lilies to make them "pop" by contrast of color rather
than using pop dots. 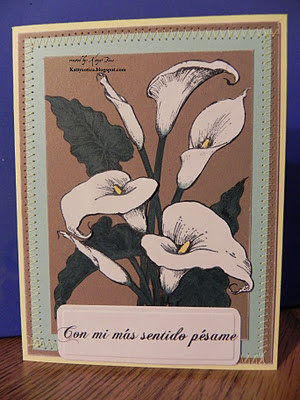 Little too much flash but I finished the card at night and had the
worst lighting ever- so I used the flash. 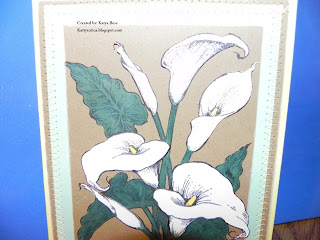 I didn't want to do anything too fancy to the inside but inked a
little part of the same stamp I used on the front of the card and used it
here as well for to add a little interest. 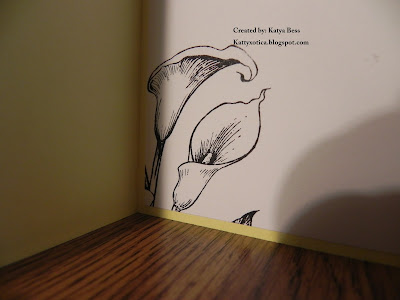 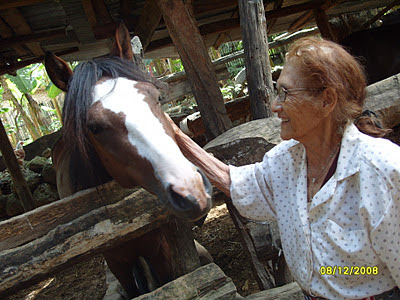 This is my aunt with one of her horses (one of many farm animals).
Thanks for stopping by.
Hope you like them.