I hope you're having a lovely day. Today I am showcasing a card using Polka Dot Pals Febiana, one of the newest digital stamps from Little Miss Muffet Stamps shop. I also, used one of the faces from Polka Dot Pals Add-on Faces set.

Here is what I've created for this Inspirational Thursday. I had so much fun coloring Polka Dot Pals Febiana I colored Polka Dot Pals Febiana as my interpretation for Storm from X-Men. Storm is very powerful and a leader among her mutant and human peers. Because she is so powerful I decided to add that hashtag #girlpower instead of leaving the card without a sentiment. 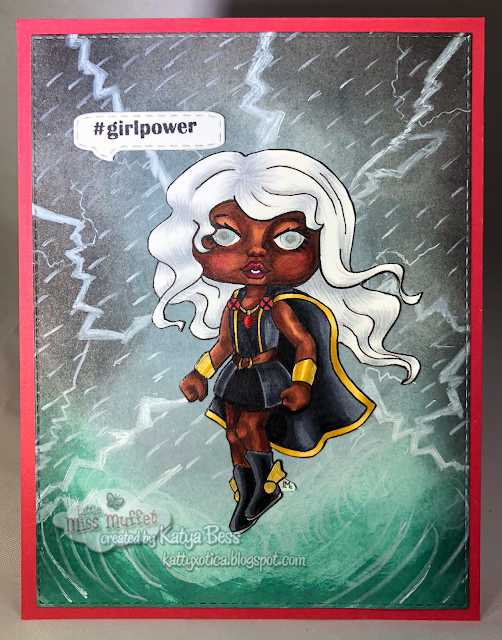 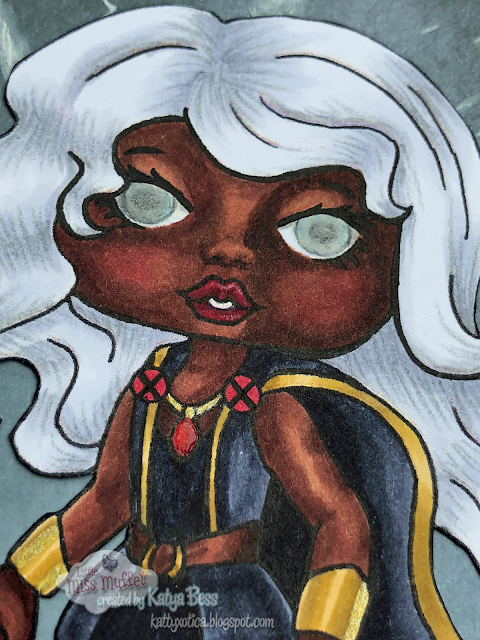 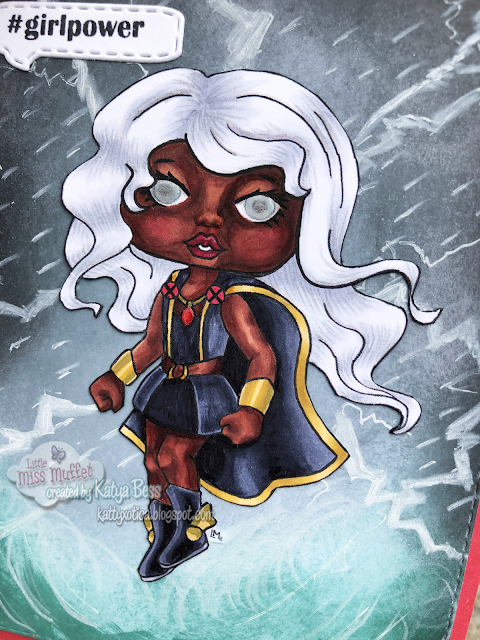 I colored her up with Copic Markers and to add a few gold details I used the Uni-ball Impact Gold, as well as a little bit of Prismacolor to give her some hair strands to her white hair. For her eyes, I colored over the pupils and added Glossy Accents over the entire iris. 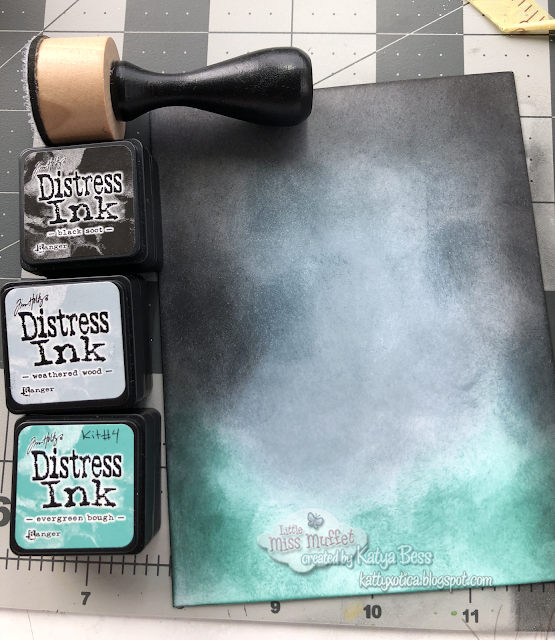 For the background I used Distress Ink Weathered Wood from the center and up, then Evergreen Bough to represent an ocean or large body of water. When I was satisfied with covered I went in with Black Soot on the side edges and the top. 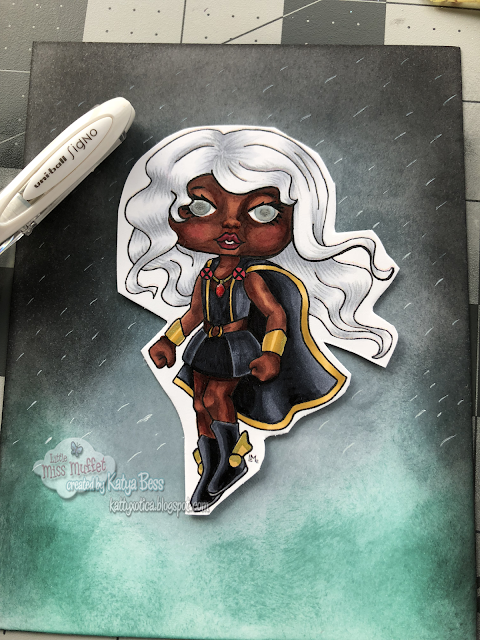 When I was done adding color to the background, I drew tiny lines with my Uni-ball Signo Angelic white pen going in one direction to represent rain. 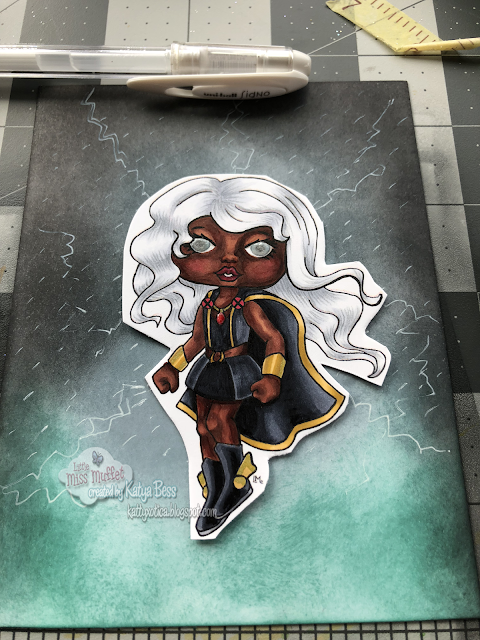 Then I mapped out where I wanted to add lighting bolts from where she is lifted in the air. 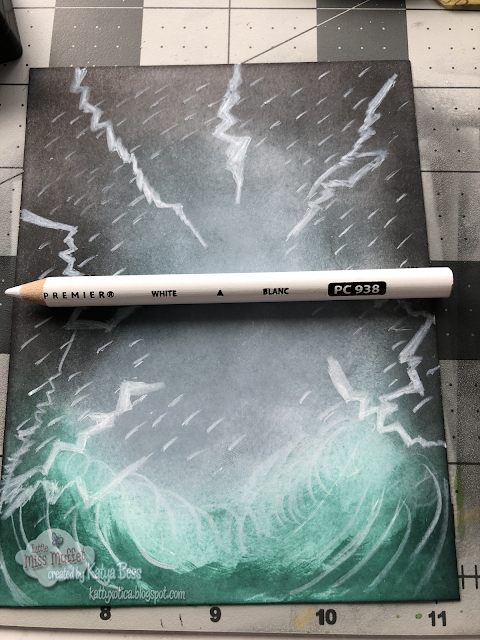 The lightning bolts were too light so I used a white Prismacolor to make them stand out a little more- not quite as white as I had hoped but it was good enough.

It was a pretty simple card to make, the only thing that took me longer was the coloring because I was experimenting with other colors.

I hope you are able to join in on the
Anything Goes Challenge
hosted at Little Miss Muffet Stamps Challenge Blog
and also check out the other fabulous designs from the
Design Team and Guest Designers.

Thank you for visiting,