I hope you are having a lovely day. Here I'm sharing a card with the latest Sweet November Stamps release, this digital stamp is called: Coco and Pebble. The sentiment is from Penny Black Stamps.

When I first saw this image I was inspired by the hair and I had a few ideas in mind for her. One of the scenes I wanted to re-create was one from the 1982 movie called Annie. In the scene Annie beats up on some boys messing with a street dog, later they end up being great pals and she names him Sandy. I love that after rescuing him she says that she only did what any decent human being would have done. I resonate with that scene because I dislike when injustices are happening and nothing gets done. Another reason I like this scene was that all of the pets I've ever owned have been rescued from the street... oh yeah and the part that she sucker punches that one boy- that was too funny. hehe 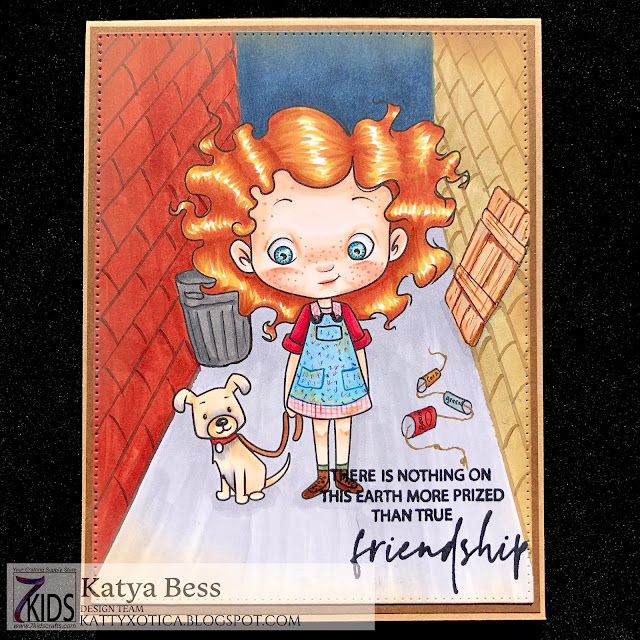 Don't look too closely at the alleyway...
I just wanted to fill the scene with color and show where
the event took place. I also drew the garbage can, the wood pallet,
the food cans (that the boys had tied to Sandy's tail.) 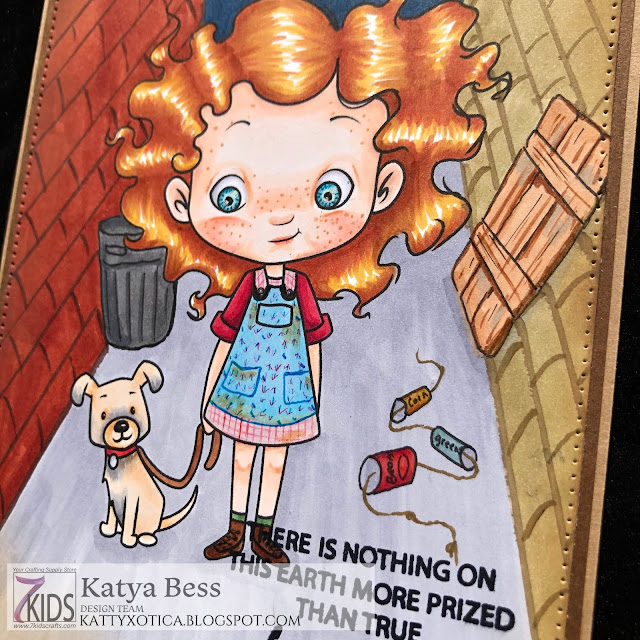 Colored up the entire image with
Copic markers. 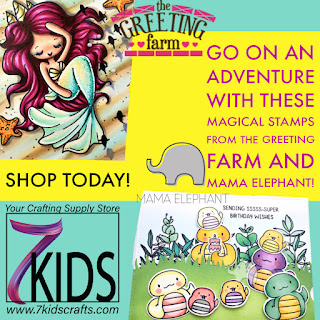 Don't forget to participate all month long with this new Sweet November release.
Everyone who participates this month will get an exclusive Tot
next month or you could possibly win all of next month's release as well.
Also, catch special sales or promotions going on at:
7 Kids Create! Facebook group

Thank you so much for visiting.